BOSTON, Mass. (June 14, 2013) - Safety Insurance (NASDAQ: SAFT) a leading provider of auto, home and business insurance in Massachusetts and New Hampshire, was named one of the “Best Places to Work” in Massachusetts in the Boston Business Journal’s annual regional awards program. “Best Places to Work” recognizes Safety Insurance for creating a positive work environment that attracts and retains employees through a combination of employee satisfaction, working conditions, company culture and benefits.

The 80 winners of the 2013 “Best Places to Work” program were recently recognized at a June 13 event, where Safety ranked number 12 among large-sized companies. Safety was one of over 400 Massachusetts companies to qualify for consideration based on a two-stage nomination process and the results of anonymous employee-satisfaction surveys conducted by Quantum Workplace that Safety employees participated in throughout March and April.

“We are committed to providing an environment that will allow our employees to learn and grow along with the company,” said David Brussard, President and CEO of Safety Insurance. “This honor is especially rewarding because it is based on direct feedback from our employees themselves, a testament to the great people that make up Safety.”

Safety Insurance has consistently been recognized for their dedication to providing both employees and customers with the highest level of satisfaction. In 2012, Safety was honored to be named one of The Ward Group’s 50 top performing companies, marking the fifth consecutive year on the list. In addition, Safety has been recognized seven years in a row as a member of the Globe 100, an annual list by the Boston Globe which ranks the best-performing corporations based in Massachusetts. 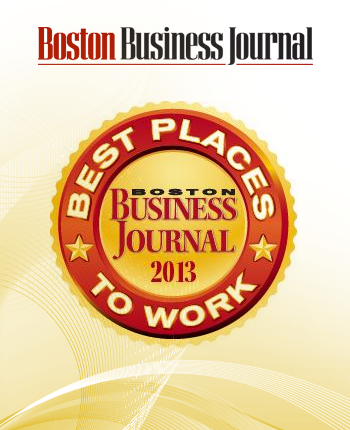